Twas an early start to the first game of the season for the captain and author of this piece who rose at 4am to go the Mansion nightclub to put some music on for drunk people. When the police closed the club at 6am due to ‘noise complaints’, which could be interpreted as bad music choice, the skipper made an earlier than expected than journey back to cages to prepare the kit.

Arriving around 7am it was a pleasant surprise to find Parrot and Birdshit already at the Cages with pies in the oven, esky fully loaded and kit with new shirts ready to go. Upon Fisty Cymbal’s arrival (after his usual hotel buffet breakfast), and having located the driver,  the four bashers (count them) departed for Wellington. 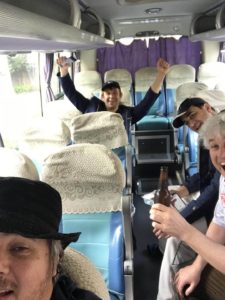 The rest of the team were already at the ground, including Basher’s legend Cranky and Oddjob, making his league debut. Upon arrival, the leadership group conspired to lose the toss and Dulwich chose to bat. With the outfield still wet and sandpaper in our pockets, the Bashers took the field looking resplendent and all matching in our new kit, mainly in size L.

The early signs were promising when our big Winter signing from Pudong, Giraffe, bowled Dulwich’s opener in the first over, and then bowled the other opener in the 3rd over. Giraffe was bowling accurately and moving the ball in the damp, early morning conditions which was no doubt helped by the rest of the team keeping the ball off the ground, almost half of the time. Meanwhile, Hardon held the other end like Steve Smith holding a press conference, but took a catch for Giraffe’s 3rd wicket when the batsmen looped a ball up to mid-off. Dulwich’s fourth wicket was a satisfying run out of Dulwich’s primadonna batsmen, at the non-striker’s end, made by Hardon during his own bowling when said batsmen tried to nick a single that wasn’t there. At this point Dulwich were 4 down for 30 ish and the Bashers were in the ascendency.

Next to bowl came Cranky who delivered two overs of quick, intimidating bowling and should’ve had a wicket if it wasn’t for Pope who dropped a catch behind the stumps. Juice bowled the last over before drinks taking a wicket caught by Omega. Dulwich were 82/5 for drinks which was more runs than we would’ve liked to have conceded for what felt like a good performance up to now. However, we were now into Dulwich’s pubescent tail and feeling confident as we retook the field with Cranky’s commenting that ‘this didn’t feel like the Bashers as we had only bowled 3 wides up to now’

Omega was straight into bowl after drinks and this next chapter of the game undoubtedly belonged to him as he became the focal point of the main events that transpired. The first of the teenagers was in and on strike. In between wide balls, the spotty faced brat was having trouble scoring off Omega’s bowling but suddenly out of nowhere he unleashed a rocket straight to the leadership group at point. Despite the speed of the approaching ball, the skipper effortlessly weighed up the match situation and instantly contrived to deliberately drop what would’ve been a ‘worldy’ of a catch and keep the slow scoring batsmen in and hence the scoring rate down.  This brilliant judgement was soon reversed by Omega who caught him off of his own bowling and by doing so taught the kid a life lesson in winning and losing.

Debutant Oddjob came onto bowl his first of 3 overs and landed his first ball where a legslip would’ve been. He gradually improved and got a first wicket for the Bashers, bowling a child who was probably distracted thinking about when his next wank would be. Oddjob, obviously a bit rusty was a little inconsistent but Omega’s excuse was that he had been cursed by Cranky’s earlier comment and was now chucking down wides every other ball. As we approached the end of the innings Birdy and Juice came back on to try and bring some semblance of accuracy to the bowling before the leadership group made a poor error of judgement and brought Omega on for the last over instead of Juice. The wides kept coming but at least they didn’t get a boundary in that last over. Duwlich had ended with a score of 175 which was going to be a tough chase. Extras accounted for 36 of those runs and were the second highest scorer.

The leadership group decided that what would be best after Omega’s bowling performance was for him to get straight back on the horse and open the batting with Fisty Cymbals. The start was steady as the kids from Dulwich opened with some good accurate bowling which had FC having to block out most of the balls. Omega got off the mark with a 2 but was bowled shortly after for 3.

Next in to bat was Juice who scored 4 and then bowled next ball. Leadership group was next in who got 1 before being caught on the leg side. Things were looking quite bleak at this point but we still had Cranky in who started to up the pace with good support from Giraffe. Cranky hit 2 sixes and 3 fours before having to retire for a partnership of 60 with Giraffe. At this point we needed 24 off the last over to be in with a chance but with Cranky now off the pitch, it seemed highly unlikely. Giraffe got out straight away for 10 and declared that he scored almost as many runs this match as he did the whole of last season for Pudong. Hardon followed to ensure Cranky came back in for one last crack but by this point we needed to rely on lots of wides to be in with a chance of winning. Cranky was finally out on the penultimate ball of the game but had been far and away the Bashers best batsmen with 51. Bird shit had the pleasure of having been in the middle without facing a ball.

The post match antics were unusually subdued, Oddjob left direct from Wellington to go on a ‘date’, I hope he was worth it. Parrot had a migrane and the skipper had a dodgy belly and couldn’t drink (much). Sharapopa, Hardon and FC gradually departed the fines session before it’s conclusion and the ceremony eventually ended up with Cranky, Birdshit, Omega and Tampon doing batting Cassius fines only so as to keep it interesting. Considering that Omega, Birdshit and Tampon had scored 4 runs between them, this soon became dominated by Cranky’s endeavours.

Basher’s are invariably slow starters so we shouldn’t read much into an early loss, we will get better as the season goes on and it was good to welcome some new faces on board. Special thanks to Cranky for his cameo appearance. The highlight of the day was learning that the tartan of the new Basher’s team kit is designed to look like the stitching from a cricket ball, the moment of realisation was like when you find out that Kevin Spacey was Kaiser Souze in the Usual Suspects (spoliers!).

The real effort needs to be made to the following areas. 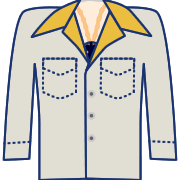