Last weekend the Leisure lads were ejaculated into a major semi.

Having been forced face down into the pillow of defeat in the last outing against the Dawgs, it was imperative that Leisure finished the last game of the regular season with a full on money shot over the puppies.

Since this last defeat, Leisure had taken Pudong twice from behind, perfectly orchestrated stroking of the Pudong balls had them knocked off twice in moist surroundings.

However, this time, Tosser Tampon had won the soggy biscuit challenge and decided to put the ‘L’ straight in.

Starting slow and easy, tickling the balls around, not wanting any premature ejection from the crease, the openers, Fisty and Lunchy, lived up to their billing and eased their way into the gaps.

A loving partnership of 41.

Bringing a romantic exotic island feel to the game, bounding for runs as if across a golden beach in flippers, Scuba Steve helped Lunchy press home his position of domination, tying up the ‘Cutter’s 51 and having the mutual satisfaction of a beautifully shared 54.

A pantless Cameroon pulled something he shouldn’t, went down unnecessarily, left his bit of Fluff in the lurch and spent the rest of the game rubbing cream into his monkey.

But, no worries, Omega, fresh from action down under, to provide relief and mount the target with Fluffer. With rising  tempo, a coupling of 31 from 4 was necessary to lubricate the environment.

A slight interlude for Tosser Tampon to knock himself off, coming unpadded and taking little time to do so. A small issue for Birdy who’d been successfully scoring all morning.

Down to the vinegar strokes, the mounting climax was delivered by a glorious Fluffy Ghunt of a union with 20 from 8.

Time for a smoke.

Back into the arena of sensual gratification, Lusty Leisure prepared to tie up the opponents and suppress their desires.

Bang! Tucker’s slipped one up the middle with no resistance. The bed is made, the sheets are ruffled.

Ghunty, proudly protruding, after spilling unnecessarily from his own handiwork, teases one out with the help of some unexpectedly nimble cupping from Giraffe.

Fakey rammed home his advantage again shortly after, there was wood all over the place.

The game effectively bagged, Leisure frivolously titted and arsed around extending the anticipated length by a third before Fluffer finally received satisfaction with two quick knee tremblers to complete the submission.

Dominance achieved, all came off to put faces in some big juicy melons and celebrate the satisfying climax with cocktails and a visit to Dr Tim’s. 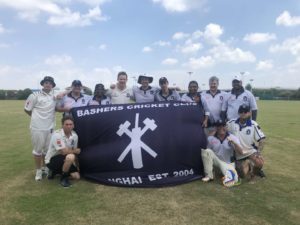