Come all ye fair young maidens and harken unto me,
Never trust a cricketer, whoever he may be.
Randier than a sailor who’s been six months at sea,
Never let a cricketer’s hand an inch above your knee.
First, let’s take the pace man, pure speed from first to last!
My darlings, do be careful; his balls are hard and fast.

Then, there’s the medium pacer, his balls swing either way;
He’s really most persistent and can keep it up all day!

And watch for the off-spinner, girls, another awkward chap.
If you leave him half an opening, he will slip one through the gap!

Then, there’s the wily ‘slowy’, pure cunning is his strength;
He’ll tempt you, then he’ll trap you with his very subtle length.

So, ladies, do be careful, your mothers would agree.
Never trust a cricketer, whoever he may be.

And what about the opening bat, his struggles never cease!
He has only one ambition, to spend all day at the crease.

The number three is a dasher, he seldom prods and pokes.
When he goes into action, he has a fine array of strokes.

And do beware the slogger, not content with one or two;
When he arrives at the crease then only six will do.

Then, there’s the real stonewaller, girls, he knows what he’s about;
And if you let him settle in, it’s hard to get him out!

We come now to the last man, I hope this will not shock,
He doesn’t mind if he’s last man in, as long as he gets a knock.

So, darlings, do be careful, and be well warned by me:
Never trust a cricketer, whoever he may be.

And watch the wicket-keeper, girls, he’s full of flair and dash;
And if you raise your heel, he’ll whip them off in a flash.

If you take the field with the captain, you had better know the score;
Or he’ll have you in positions that you never knew before!

The cricket commentator is a nasty sort of bloke,
He watches all the action and describes it stroke by stroke.

Even the kindly umpire, who looks friendly as a pup;
You’ll quickly find you’ve had it, when he puts his finger up!

So, darlings, please remember and repeat it after me:
!!!!NEVER TRUST A CRICKETER,
WHOEVER HE MAY BE!!! 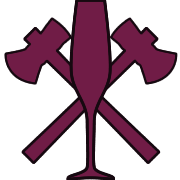 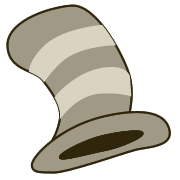