Season Schedule Online
The Craic with Bashers at the Gaelic

Bashers Social Sixes Lumberjack, or “How the Bashers lost a final by 1 run”, 9 March 2014

The smoke or smog hasn’t cleared up much outside, and I’m sore all over from doubling up for the Mongrels, but I have the scorecards and can relate the story of “How the Bashers lost a final by 1 run”. But first, I need to describe the semi-final, because it was the high point of the afternoon and we need some positivity to this Lumberjack. I’ll add that we finished top of the league in the regular season with 9 wins, and just 2 losses, so we were confident we could pick up a win in the final, but the fairytale ending wasn’t to be…

The opening partnership of myself and Hollywood was solid, and perhaps overly friendly to the shorter bowlers in the opposition. A couple of late run outs pulled the score below 40, but the team was well set up. What followed next was completely unexpected. Long Dong was brutal, both attacking the bowling and picking out the smallest of our opposition at mid-on. He hit 6x4s, 1×5, and 1×7 on his way to the best individual batting score by the Bashers Social Sixes all season. Satchel supported with a fine effort too, to make it the highest partnership as well. Dags and Sick Note had a bit of fun and, despite a couple of run outs at the end, took the score to 135.

The bowling was good, but perhaps the fine bowling figures reflect more on the quality of the batsmen than the bowlers. The chief problem for the NCA Academy side was getting runout, but they did their best. The first two overs of the final partnership tell the story: both myself and Sick Note bowled out wicket maidens for -3. It was a dominant victory by 106 runs, and filled the team with reckless overconfidence, when perhaps we should have been more focussed for what happened next, the final…

The Hot Dogs didn’t show up. Apparently they couldn’t get a team together for the semifinal, so that meant we were up against the Pudong side (who we had beaten 3 times out of 4 in the regular season) in the final. I lost the toss, and the Bashers were put into bat.

Hollywood and myself once again set the game up by giving momentum to the Bashers in the first partnership. The Pudong side didn’t take a wicket, and the runs came steadily, helped along by several leg side wides and no balls. And then, the second pair, fresh from scoring a lofty 68, could only muster 11 runs. There were 4 run outs and 3 catches, as the Pudong fielders capitalized on the panic of the batsmen by making sure every shot in the air was taken, and every shy was a direct hit. That brought out Dags and Sick Note, who adopted a more conservative approach, and dug the Bashers out of a hole to post a middling total of 78. Sick Note, as our token leftie, was particularly good at leaving the leg side wides (a full over of them). We were hoping for 90, but after the middle pair, it seemed like we had scraped through enough runs… just…

The start of the bowling was spectacular, as Satchel picked up 4 wickets from the first 4 deliveries, a bowled followed by three run outs. Dags, Sick Note and Shitshoes kept the first partnership to 2, and we felt confident we could hold the Pudong side off. However, the next partnership took full toll of Hollywood’s one-step-instant-off-spinners to post 38 runs and give Pudong a solid chance. Satchel finished his spell with 5 wickets for -6, which was the best bowling effort by the Bashers Social Sixes all season, and showed he could handle the pressure with the ball in the final, despite his efforts with the bat. Dags too, bowling under the influence of the tail end of a cold, put in two testing overs of fast-ish bowling. Unfortunately, the final partnership of the Pudong side was their best batsmen, and they opted for a defensive no risk approach of blocking and running. Anything in the air fell wide of the fielders, and the throws at the stumps narrowly missed the target. Only Shitshoes managed a wicket, and the pressure on the Bashers built in intensity. The final over saw the Pudong side 8 runs behind, and they managed to get 1 run in front with 1 ball to spare. Anxious to not get out, the Pudong batsmen left the last delivery of Long Dong’s over, and the ball came back to whisper past the off-stump. So it was an agonizing finish to the match, and one that brought the team down to earth fairly quickly. The all round effort was good, but we ended up 5-10 runs short on the day. I didn’t get much time to think about it though as I was dragged into playing 2 more games for the Mongrels… and losing another final to Pudong a couple of hours later.

So the Bashers lost another final to Pudong, but hopefully, the strong showing by the indoor team this winter will set us up for the outdoor season which starts in just a few short weeks. 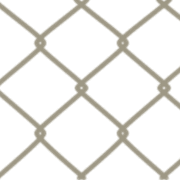