BCCTV @ Leisure v Dogs, June 16
There is no such thing as bad weather… Just soft people.

It was a bittersweet weekend for the tourists as the sweetness of a fun weekend of drinking, revelry and a little bit of cricket was countered by having to see fisty cymbal’s baws on several occasions, the appearance of fisty’s swag bag each time completely unprompted. I can also attest that fisty’s secretions left a bittersweet fragrance on my pillow.

The tourists minus Paps, Fisty, & Rooty, but honoured by the attendance of Basher No.1 Shrek, met Friday afternoon at Hongqiao and boarded the train for Nanjing.  This year’s journey was a more sophisticated affair than previous years as Omega had arranged first class travel, the seasoned veteran having had enough of slumming it in second class through the years. The added comfort afforded by the slightly bigger chairs and the complimentary bottle of coke was well appreciated as was the award winning gin provided by A’L’Orange. To the gin was added lemon and rosemary,  the aromatics released by our sloshing and quaffing diffused through the cabin and attracted a new friend who was welcomed with a glass of A’L’Orange’s champion spirit.

We were enjoying ourselves so much that disembarking the train at Nanjing came around all too soon, we could’ve kept on the train to Beijing without too much discomfort as long as there was still gin and we hadn’t run out of rosemary.

Quick check in at the hotel, shower and back downstairs to meet the Nanjing lads at the pub nearby for a night of drinking. It is hard to say what happened that evening with any sense of confidence. Paps & Rooty arrived from somewhere, Fisty had driven from the 4th tier city he calls home and his ballbag had yet to make an appearance.   Mouse was also there for a bit, or did I imagine that? This year’s set up was very convenient; a short walk from the hotel to the first pub was followed by a short walk round the corner to another pub.  Birdy fell asleep on a chair for a while but managed to keep drinking.

The main turning point of the evening came towards midnight when Shrek bought a round of 8 Tequilas for 7 people. As Leisure captain, Fisty did the honours and sank the extra one and suddenly the brakes were off. On returning for a night cap at Shrek and Tampon’s room, Fisty instantly stripped off and started writhing uncontrollably first in Shrek’s bed and then Tampon’s. The gallery of Shrek, Tampon, Birdy, Natural and Omega were treated to some anatomical close ups of Fisty’s Greek Balls. As the rantallion beast thrashed wildly, everything was contaminated by his essence, the  sheets, the pillow, the duvet and even the valance were all soiled. Fisty was soon bundled into the corridor and back to his room but departed without his pants which remained outside our room door until the morning.

The tour had definitely taken a turn for the gayer as video appeared of Rooty and Paps showering together after the pub. Explanation still pending. Meanwhile Friendzone searched for the pool in the dark on his own.

We awoke nice and early for breakfast the next day, ready to play some cricket. Despite the horrors witnessed in our room the previous evening, the cleaning staff upon entering probably wouldn’t have known any wiser. The same could not be said when they entered Omega and Birdy’s room as it appeared Omega had had a complete loss of bladder control. The stain was actually caused by a spilt glass of Berocca but the scene could easily be mistaken for a very dehydrated man having massively pissed the bed.

After a quick breakfast and an improvised esky, we went to the ground for the cricket. The Bashers were split into two teams, captained respectively by Natural and Friendzone. Selection was made by who could sink a beer the fastest, the quickest six in one team, the rest in the other team. This meant we ended up with a drinking team headed by Natural and Friendzone’s serious simon’s team.

First up was Bashers vs Bashers. Birdy, opening the batting for Natural Bashers, carried his bat and finished the innings with a straight six! Birdy now pushing 18 months without being dismissed in a match but in the end the team only scored about 30 off 5 overs which was chased down by FZ bashers in 3 overs.

The other teams in what could loosely be described as a competition were the Bogans and the Nongmin.  In general, the games were quite high scoring with a lot of sixes hit even though there was a lot of uneven bounce in the ‘wicket’.

The main thing was we were having a good time, we enjoyed Bloody Mary’s for our morning aperitif followed by Rum Coke and all supported by a steady flow of beers. It wasn’t long before Fisty’s space hopper reared it’s ugly head again and everyone had to avert their eyes, including the three ladys who were present. Firsty showing complete disregard for the morals of the #metoo generation. Fisty was a hit with the Nanjing guys and was christened a new name by Johnny from the Bogans of ‘Ancient Ric Flair’    Wooooooo!

The Sledge was played for twice, firstly by FZ Bashers and secondly by Natural Bashers.  As seems to be the usual order of events, the Bashers contrived to lose the sledge in the first match then won it back when it really mattered and we returned back to Shanghai still in possession of the fabled trophy.

Without any real conclusion to the competition except for we had run out of booze, it was time to leave the pitch and head to a local boozer for the fine session. The last thing I remember is telling Friendzone to study hard and not be such a cunt, then I woke up and it was Sunday.

From all accounts, it seems Saturday was a quieter affair, after the excesses of Friday night and a whole day of drinking everyone was a bit tired. It soudned like Saturday turned out the same way as Friday, the two local pubs were visited again and then everyone went home. Rooty missed his train home and stayed at Fisty’s, I dread to imagine what happened in their room that night. If anyone has anything to add about Saturday, please feel free.

The next morning Friendzone finally located the pool and after a quick dip, we checked out and were off to catch the train. Omega was fined 500RMB for ‘damaging the bed’. On the way home we enjoyed  Bourbon  courtesy of Shrek (still in first class) before some of us went to Cages for a quick drink before saying goodbye and returning to our normal lives.

All in all a short but sweet tour, the sights of which will remained burnt into the memory until the next time we shower after a game at SCSC. 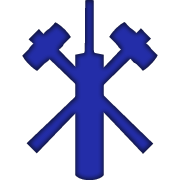